an interacting play for the 5th and 6th graders on the 29th of September, 2015


The scene is set in a typical saloon in a small town in the Wild West. Sitting at a table, playing cards, are three outlaws waiting for the leader of their gang to arrive, the barman is sweeping the ﬂoor.
Bad Bob, the leader of the gang enters and greets his fellow outlaws. He orders drinks from the barman and they play cards. There is an argument followed by a duel. Later Bad Bob explains his latest plan to hold up Casey Jones' train.

Bad Bob and the gang are in the desert, hiding behind an old cactus. One of the gang has been tied to the train tracks to stop the train, however this plan fails with tragic results. Plan two is put into operation immediately. This time Casey Jones falls into their hands and the money is stolen.

Sheriﬀ Ruben Blood has followed the gang to where they have camped down for the night. Bad Bob shares out the stolen money and they discuss how they will spend it. The sheriﬀ moves in to make the arrest but everything is not as it seems.

"I had a chance to see a play called Revenge in Gold Town. Some of the students had a chance to be in the play and I was one of them. I acted as Silence and it was very funny when everybody laughed at us. It was the highlight of the day. I really liked it. It was awesome - then further into the play Silence died because bad Bob told Silence to stop the train by going in front of the train."
By Samuel, 5A 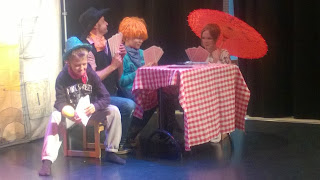 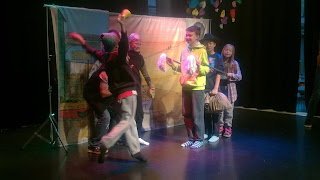 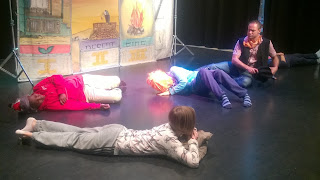