On Thursday October 9th, 5-6 graders had a fun hour at school because two actors (and the director) came to our school and acted an improvisation play.

It was very funny and it told about private detective Larry Elm who was solving a case about a stolen pearl necklace. The thief of the story was  an English professor called "the Professor" and his henchmen Brains and Dolly. Only the parts of Larry Elms and the Professor were played by the actors. The actors took some of our school's students into the play and all other roles were played by the students.

Link to the website of the play: Crime in New York 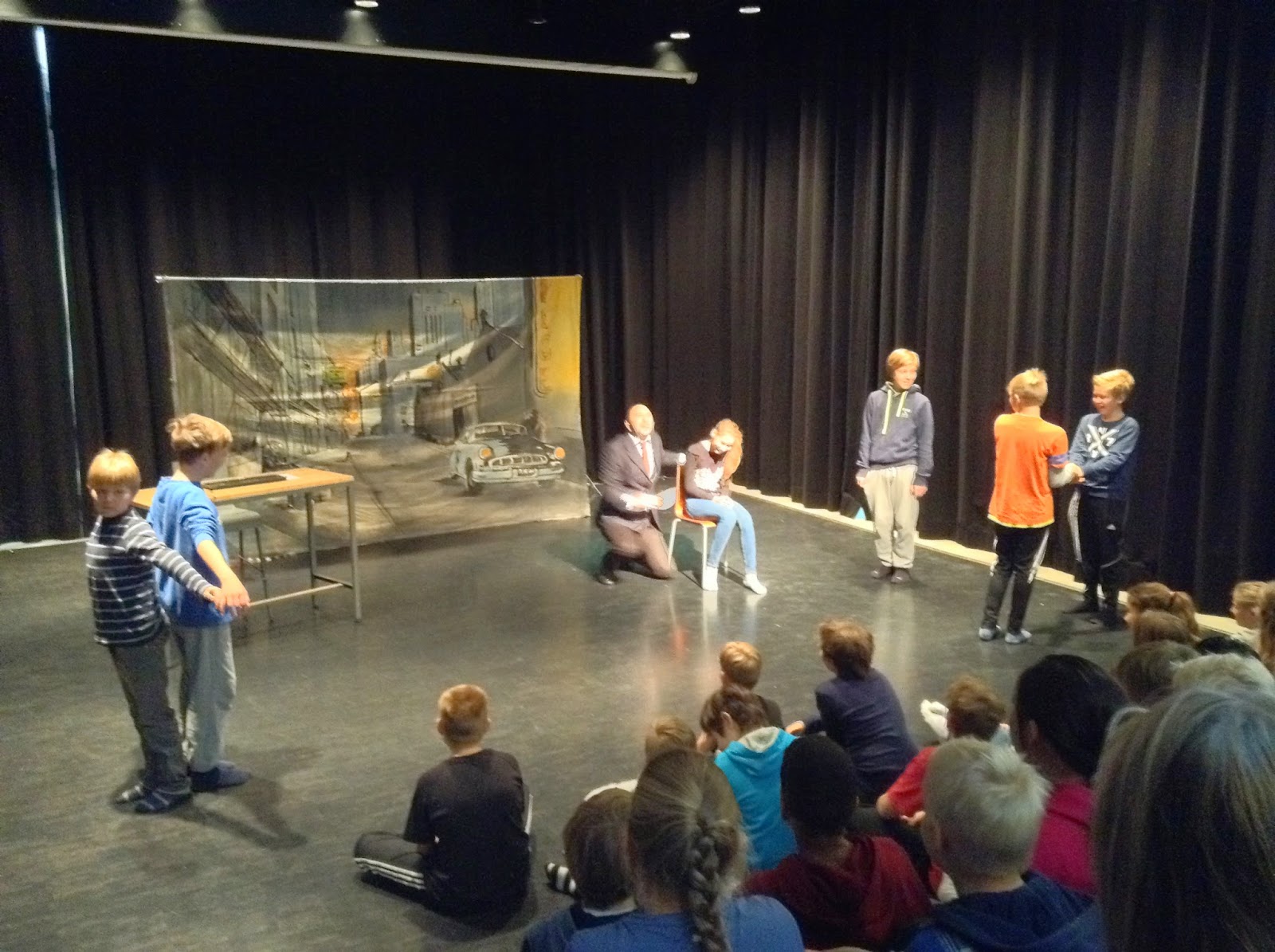 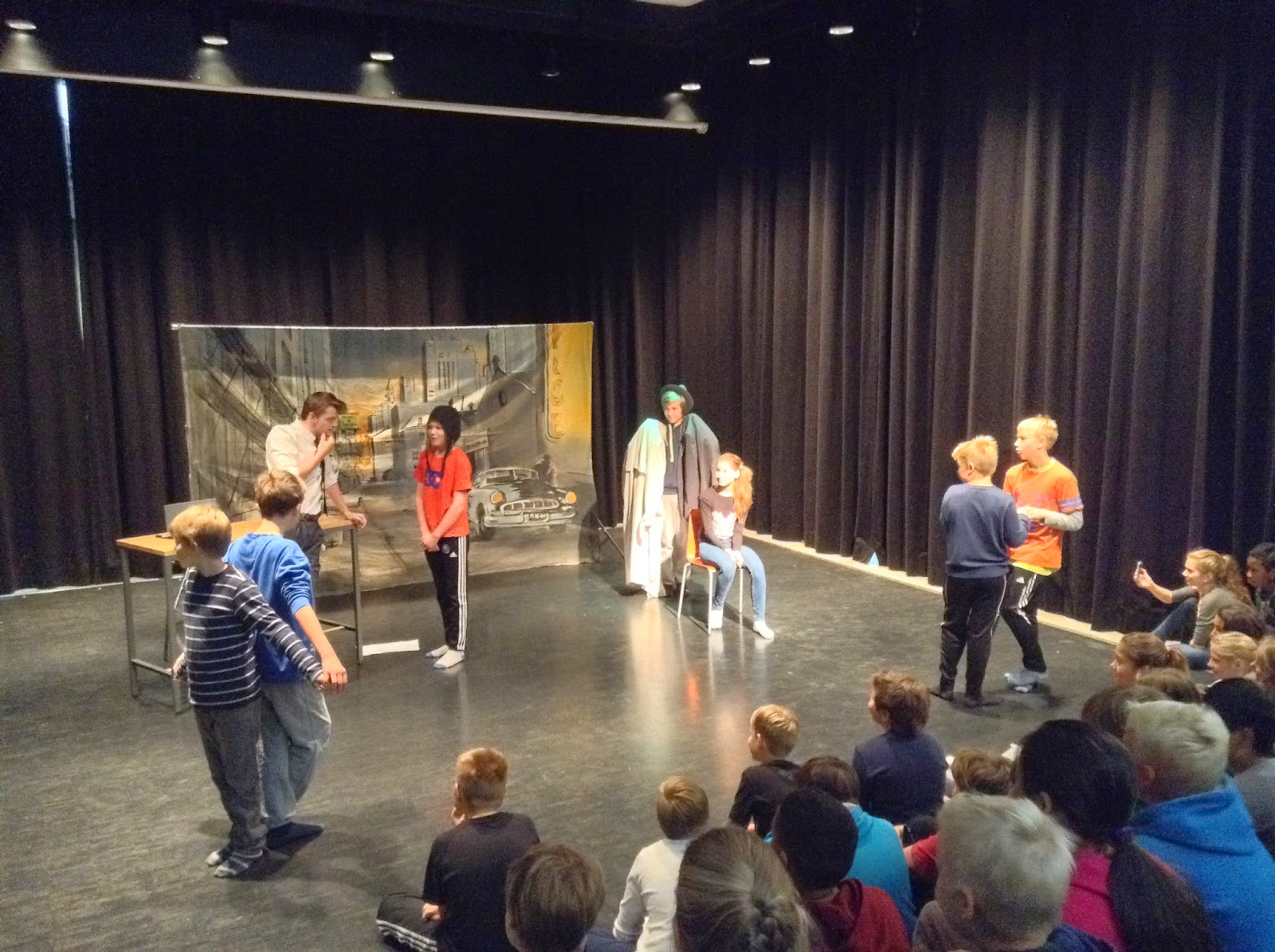 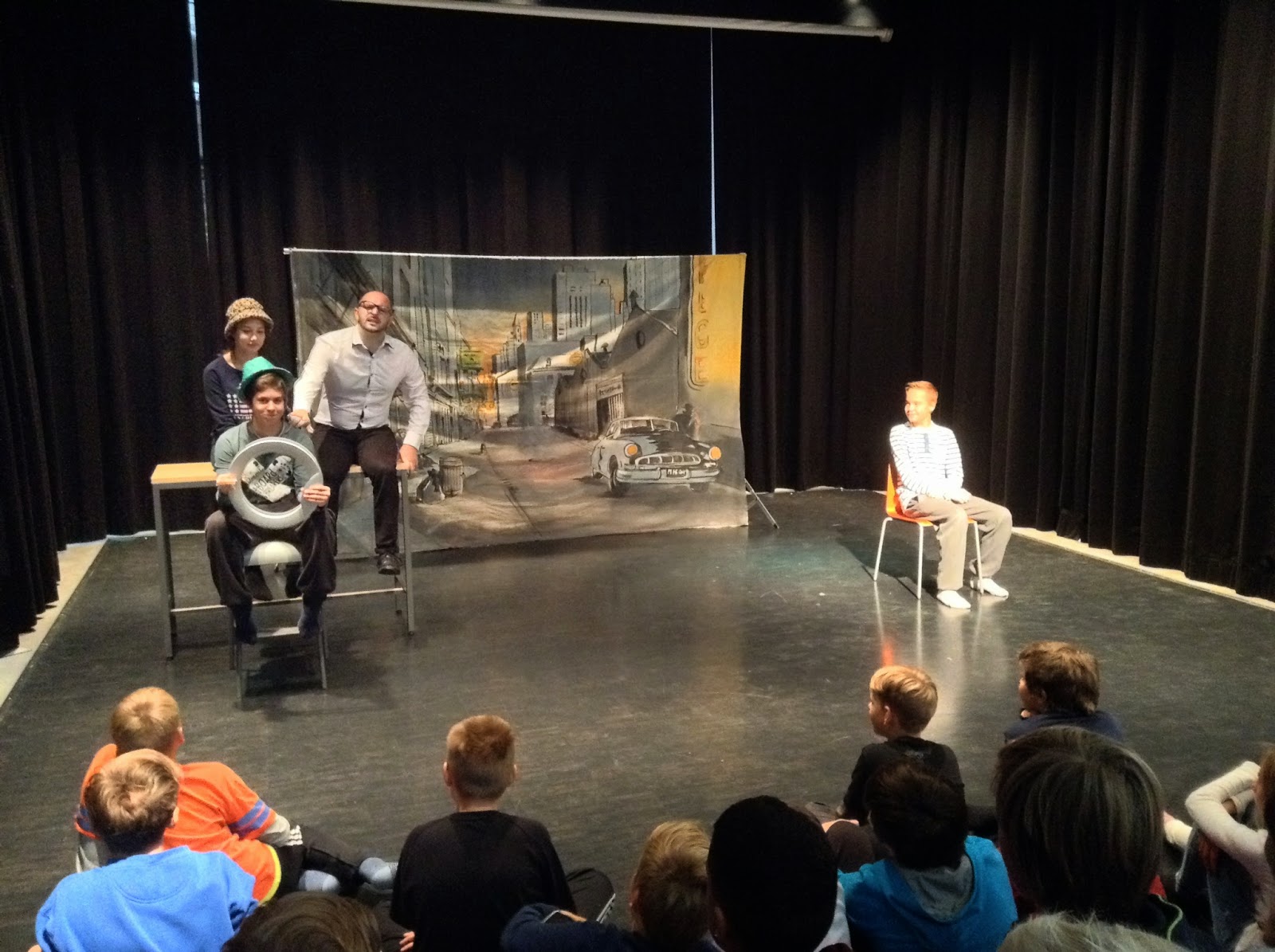 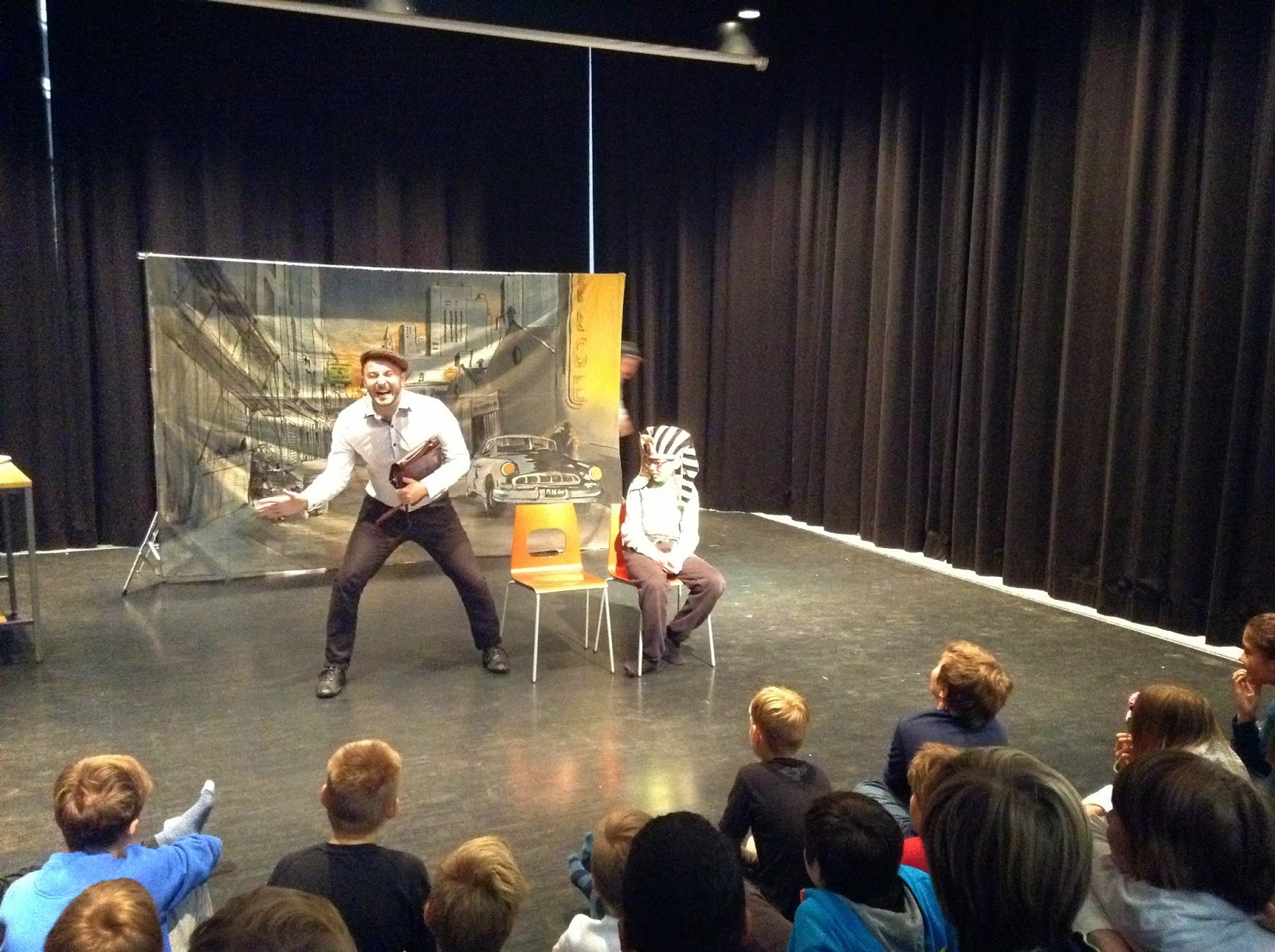 Written by: Miska and Tuomas 6A
Lähettänyt hrana klo 2.23